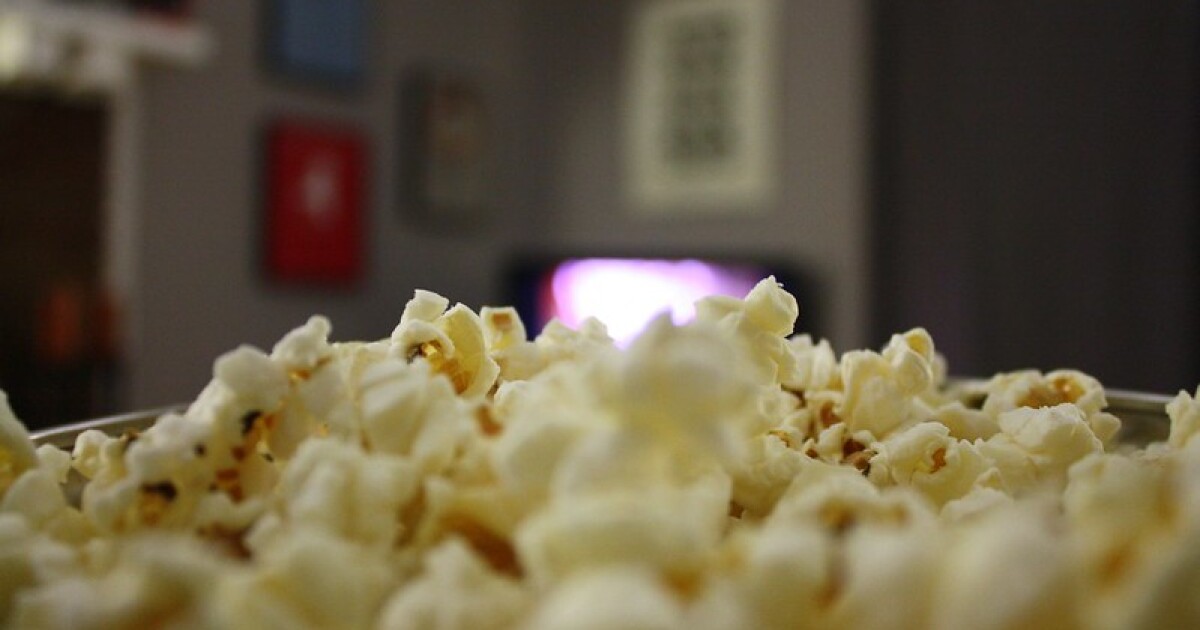 What do IPR staff monitor? TV and streaming

Nobody can listen to the radio All the time, not even the people who do it (although we can listen to it most of the time). In the wake of the recently announced Emmy nominations, we thought it was a good idea to share what the Iowa Public Radio crew has been watching lately.

Answers have been edited for length and clarity.

Ellie Alberhasky | Major Gifts Officer
“Loki”
â€œWe love the tech / modern ’80s aesthetic of the show, the complexity of the characters, the time loop, and how the different perspectives of the show are presented as being’ for the good ‘, but that’s, of course never that easy. We also love that it reminds the generation of parents and teaches the generation of children in our family what it’s like to wait a week for the next episode! “

“Unexplored with Gordon Ramsay”
â€œIn each episode, you’re introduced to cooking from a different place in the world – flavors, ingredients, ways of obtaining and preparing food – and the people who have perfected it in their culture. It’s beautiful. , attractive and entertaining because Gordon is good himself. – belittling to balance his huge ego. “

Matthieu Alvarez | talk show producer
“King of the Hill”
“Yes, it’s an old cartoon. I’m watching it right now as I patiently await a new season of HBO’s ‘Succession’ and ‘The Many Saints of Newark’ (a prequel to the hit series ‘The Sopranos’) ). ‘King of The Hill’ tapped into my nostalgia for my home state of Texas. As a kid, a lot of jokes got past me. Now, as an adult who loves deadpan humor and has traveled through Lone Star State, I understand. “

Nicole Baxter | Commercial assistant
“Scenes from a wedding”
Written and directed by the one and only Ingmar Bergman, this 1973 miniseries set the stage for marital dramas centered on the intricacies of modern love, monogamy and divorce. It aired at the originated in Sweden as a six-part television series, but a theatrical cut was released by Bergman a year later.I’m giving this tender, yet tense, show a re-view before the US version of the same name comes out. September on HBO Max. Bergman’s theatrical version is available on HBO Max and the Criterion Canal. “

Nathan Grambau | Radio broadcast engineer
“Loki”
“A great arc of redemption and a surprisingly uplifting tale of the consequences of our actions being greater than ourselves.”

Andrea Hansen | Director of development
“Hacks”
â€œMy husband and I were feeling hungry for good comedies until we watched ‘Hacks’ with Jean Smart, on HBO. Smart plays a comedian from Las Vegas who struggles to keep his comedic edge. Against her will, she sees herself. award a young TV screenwriter ostracized by Hollywood and desperate for a job. They form a difficult working relationship and are surrounded by a strong cast of characters to create a great show. It’s funny, insightful and sometimes touching. “

Gretchen Kasperbauer | Marketing Manager
“Downton Abbey”
â€œI know I’m about a decade behind here, but I spent the last few weeks of summer fully watching the ‘Downton Abbey’ series. If you’re looking for a drama series with characters that stick with you, this is the show for you! (Note: I’m not usually a HUGE fan of period pieces, but this one keeps its promises). “

Ben Kieffer | Host: River to River
“Bosch”
â€œMy wife and I loved watching the Amazon Prime series ‘Bosch’. We just finished the seventh and final season. LAPD homicide sleuth Hieronymus ‘Harry’ Bosch has flaws like all great fictional sleuths, but he has a heart of gold and a passion for justice. You can watch her daughter Maddie grow into a mature young woman alongside her father. The writing and character development of the entire cast is phenomenal. envy those of you who haven’t watched it yet. “Bosch” I will miss you! “

Michael Leland | Chief Information Officer
“I don’t watch TV a lot (I think we public radios have to say this), but I’m making slow progress on the Canadian sitcom ‘Kim’s Convenience’. It’s a show about a Korean family running a convenience store in Toronto. Funny, there are good dialogues and tackles issues involving immigrants in a serious but also light-hearted way. It’s on Netflix and I recommend it! “

Lindsey Moon | Senior digital producer
“Mr. Robot”
â€œElliot, a brilliant but very unstable young cybersecurity engineer and self-defense hacker, becomes a key figure in a complex game of world domination as he and his shadow allies attempt to bring down the corrupt society for which he work. If you like character-driven shows with lots of surprise twists and tech, this show is for you. “

Nebbe Charity | Host: Talk about Iowa
“Information radio”
â€œFor years I told my kids how funny ‘News Radio’ is. I finally got tired of waiting for it to appear on a streaming service and bought the DVDs. C it’s as funny as I remember it and the kids (13 and 15) love it as much as my husband and I, even though a lot of the ’90s cultural references are beyond our heads. The series ran from 1995 to 1999, it’s set at a fictional Manhattan news radio station and features an incredible ensemble cast includes the late and great Phil Hartman as the on-air self-centered host and Dave Foley as director of the information that has been suffering for a long time. It makes my family very happy right now and fills a void as we look forward to season 2 of ‘Ted Lasso.’ “

Katie Peikes | Journalist
“Modern family”
â€œIt’s a dummy comedy about three kinds of related but different families. The show has so much heart, mind, and likable characters – especially father and real estate agent Phil Dunphy (played by Ty Burrell), who may be – to be one of my favorite sitcom dads. “

“DC’s Legends of Tomorrow”
“It’s a show about time traveling superheroes trying to correct anomalies throughout the story. The show is great and the writers don’t take themselves too seriously.”

John Pemble
“Star Wars: The Wrong Lot”
â€œWhat could be considered the eighth season of ‘Clone Wars’, this animated series continues to tell compelling stories from the era of the previous trilogy. Looking forward to the new ‘Star Wars’ live-action series. “Book of Boba Fett”, to come later this year. “

Catherine Perkins | Executive producer
“Ted Lasso”
â€œJust saw ‘Ted Lasso’ for the season two release later this month. God, I love this show. So funny and so good. It was just what I needed during the pandemic and now I love all the characters and their relationships so much that I have to keep watching!

Jon Petersen | Executive account
“Someone is feeding Phil”
‘Somebody Feed Phil’ on Netflix. Phil Rosenthal is the co-creator of ‘Everybody Loves Raymond’ and is one of the happiest human beings on the planet. Phil loves food and people, and he travels the world trying new foods and meeting new people From Vietnam to San Francisco to Thailand and Ireland From street vendors to barbecues to open produce markets to five star restaurants Enthusiasm, warmth and l Phil’s love of life is contagious, and you end each episode feeling better than when you started.

Al Actions | Music program director
“Binged ‘Line of Duty’ and ‘Ted Lasso’, also ‘Smith and Bailey’. Hope to take the time to watch ‘Summer of Soul’ and an Aretha Franklin documentary whose title I can’t remember. as well as a French spy series called “The Bureau”.

Matt Sieren | Digital / IT manager
“The show that goes wrong”
â€œFor fans of live theater and comedy, ‘The Goes Wrong Show’ is a must. The show features an amateur theater ensemble performing a series of half-hour plays that go horribly wrong. Featuring characters playing characters, setting hijinks and staff goofing techniques, the series brings to life artists’ worst nightmares about what could go wrong when the curtain rises and the cameras turn on. “

Zachary Oren Smith | talk show producer
“Master of nothing”
â€œI had a hard time going back to Aziz Ansari’s ‘Master of None’. But when a friend said season three focuses – not on Aziz Ansari’s central character, Dev – but on Lena’s Densie Waithe and his wife Alicia (Naomi Ackie), I decided to give it a chance. Seriously. If you’re curious, it’s worth going back. “

Monique Starr | Talk of Iowa Book Club Producer
â€œIt’s not really a TV show or a movie, but it’s something I love to watch – it’s the Sea Jelly Camera! I could watch these jellies for hours.