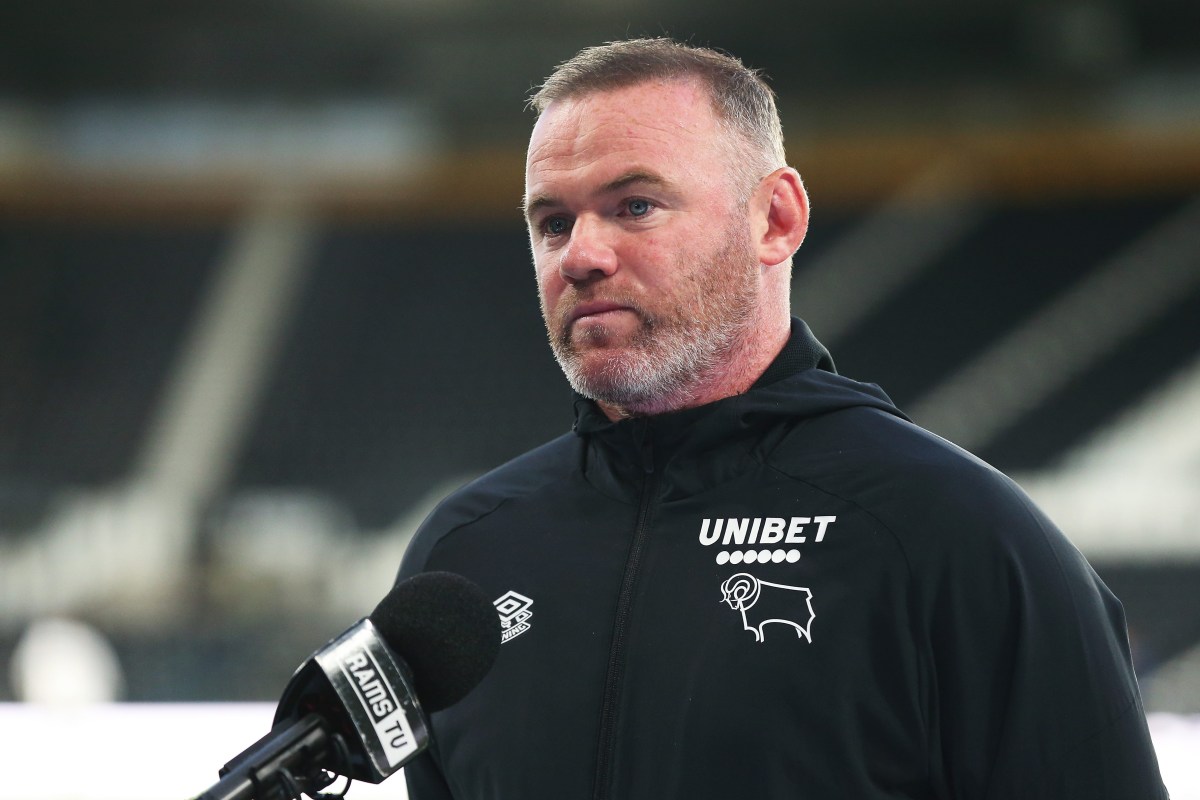 Wayne Rooney admitted he was left in the dark about the impending Derby County administration, admitting he found out about the news while watching TV.

It was announced late Friday night that the Rams made the “difficult decision” to file a director nomination notice without identifying new owners and the continued impact of COVID-19 on revenue streams blamed for the situation “without choice”.

Rooney, 35, is in his first leadership role at Pride Park and has also confirmed that he has yet to speak with President Mel Morris.

When asked how he feels about the news, Rooney told talkSPORT: â€œDisappointment. I felt like something was going to happen.

â€œWhen you first heard this news, my first feeling was the disappointment and how upsetting it is for the fans because it is so hard to take.

â€œAlso for me and the players it’s a difficult position for all of us.

“We have to act with pride and dignity and do our job to try to make this club attractive to potential investors.”

Rooney revealed he found out about the news while watching Sky while speaking to the sports broadcaster ahead of Derby’s clash with Stoke at Pride Park.

â€œI saw him on Sky,â€ Rooney told Sky Sports ahead of Saturday’s home game against Stoke in the Sky Bet Championship.

â€œI spoke to (CFO) Stephen Pearce afterwards, but at first I saw him on TV. I spoke to Stephen, I did not speak to Mel. I’m sure he has other things on his mind.

A 12-point penalty will soon arrive at Derby and put them at the bottom of the table, despite being already under a transfer embargo with the potential for additional points to be deducted for breaking EFL financial rules.

Former Manchester United and England striker Rooney has insisted his players will try not to let uncertainty over the club’s future affect their preparation for Stoke’s visit.

He added: “You could see this morning that it was a bit flat because I wasn’t getting all the information, the players had no information and they saw it on Sky as well.

â€œI spoke to the players and we have to be professional. We know that we are in a difficult position and that there will be a point deduction ahead, but we have to do our job.

“Derby is a huge club and I have to get the players to play and make it attractive for potential investors to come to the football club.”