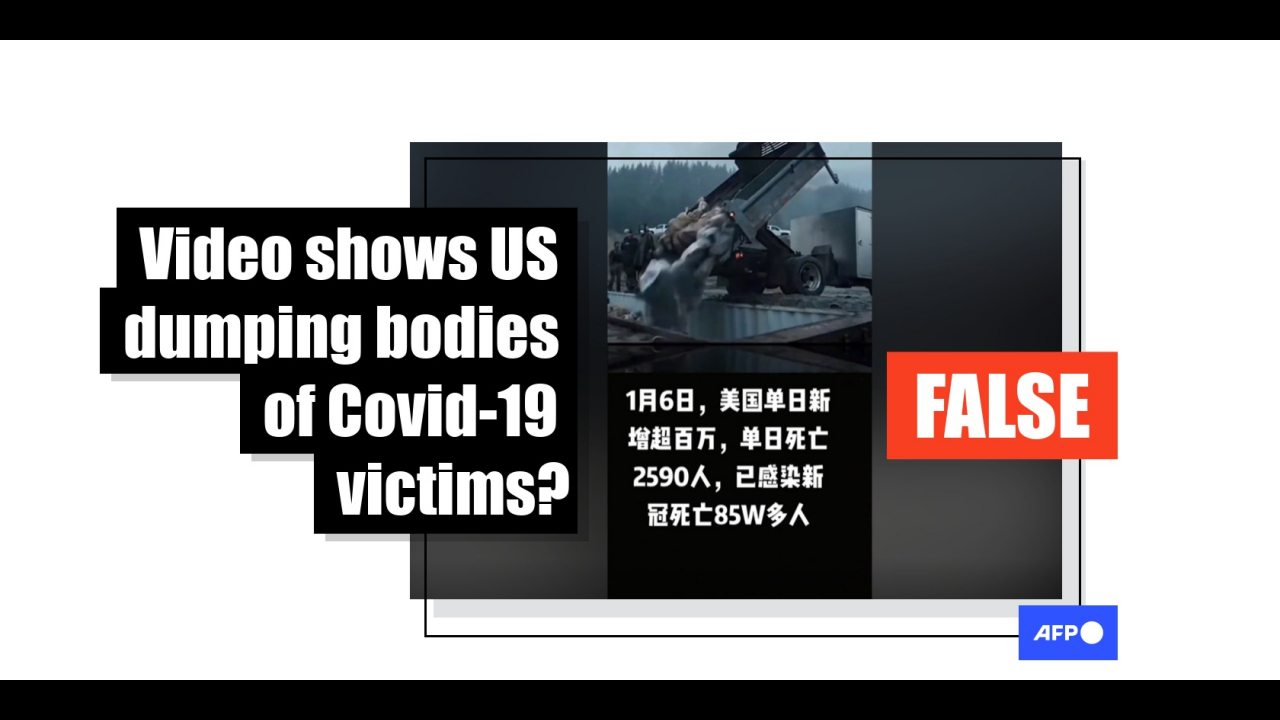 A video has been viewed thousands of times in several Chinese social media posts, alongside a claim that bodies of Covid-19 victims are dumped in a shipping container in the United States. The messages circulated online as the United States recorded thousands of daily Covid-19 deaths. But the video was shared in a false context: it actually shows a scene from a fictional American TV drama.

The video was posted here on Douyin, the Chinese version of TikTok, on January 6, 2022.

It appears to show a truck dumping bodies into a shipping container.

Simplified Chinese text superimposed on the video translates to: “On January 6, the United States reported more than one million cases in one day, with 2,590 people dead in one day, more than 850,000 people died of Covid-19”.

In fact, these figures are incorrect. The United States recorded 717,289 cases and 2,729 deaths from Covid-19 on January 6, 2022, according to data from the World Health Organization (WHO).

As of January 24, it recorded 868,318 deaths from the disease since the start of the pandemic, according to an AFP count.

The video was titled: “#USCovid-19 USA is not cool anymore!”

“So scary, and the person standing there wasn’t even wearing a mask,” one user commented.

Another wrote: “It’s typical of the United States — arrogant.”

The same video was also shared on Douyin here and here with a similar claim.

In fact, the footage was taken from a fictional American drama.

A combination of reverse image and keyword searches on Google revealed that the video was actually from the fictional American television drama The Stand.

Further investigation revealed a longer version of the video posted on a Chinese-language YouTube channel as a movie review.

The title of the video reads: “#Movie Review #The Booth #Biochemical Lab Leak”.

“A biochemical laboratory, which belongs to the United States, has leaked. This has caused a catastrophe for the human species,” reads the text superimposed on the video.

The blacklist, founded in Hollywood, extends to the theater