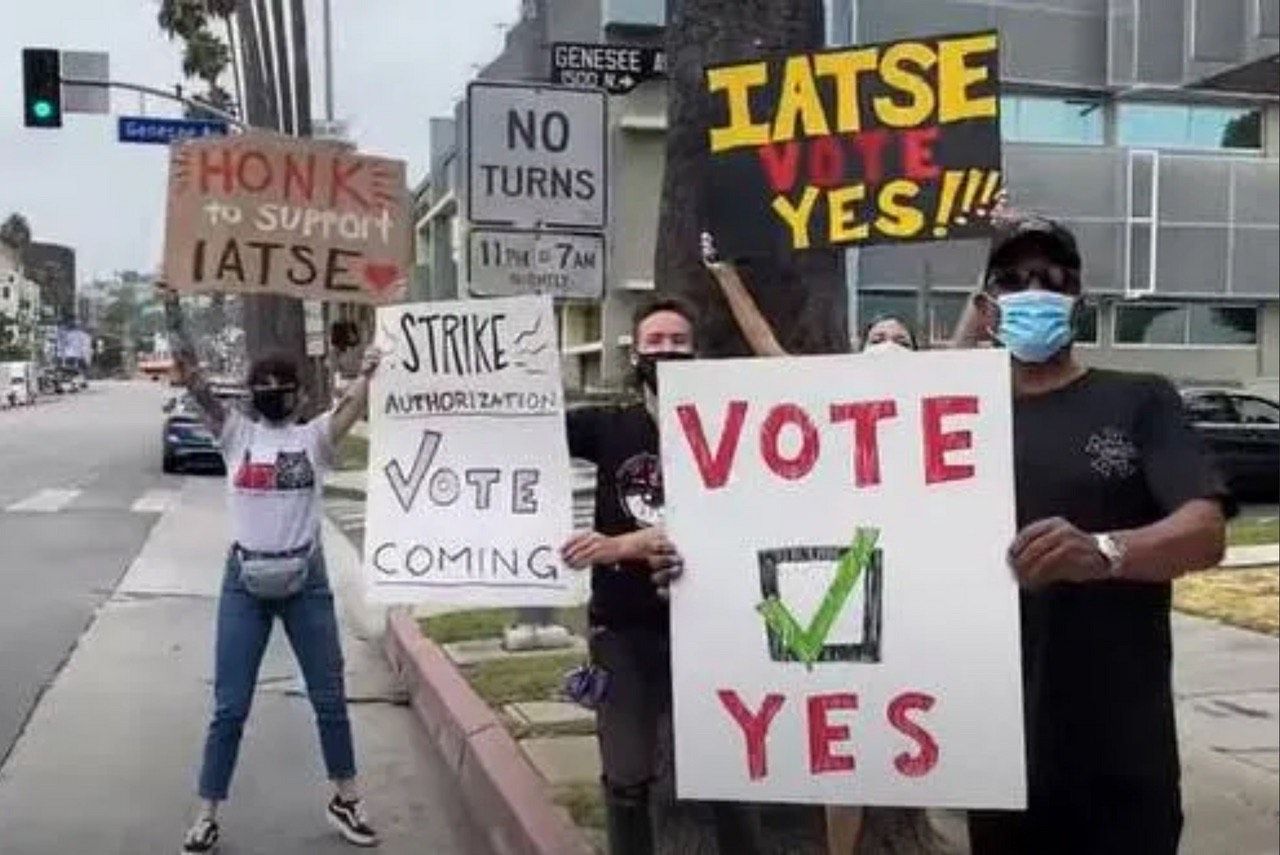 Last week’s close and undemocratic ratification of the International Alliance of Theater Workers (IATSE) memorandum of understanding has left film and television workers across the United States embittered and angry.

After workers rallied in a 98% strike vote, IATSE called off the strike and told reporters it had struck a “Hollywood end.” Workers were then offered a deal that did not significantly increase shifts between shifts, guarantee lunch breaks, left dangerous levels of exhaustion on set, did not grant the right to spread income and let pay increases well. below the current inflation rate.

The union contemptuously told workers this “Hollywood Ending” contract was a great achievement and launched a gas lighting and disinformation campaign to pass the contract. Film and TV workers knew better, however, and widely denounced IATSE President Matt Loeb and other IATSE leaders on social media for selling the workers.

The contract was actually rejected by 50.4 to 49.6 percent members, but the union “ratified” the contract anyway using the anti-democratic delegate system, like the Electoral College. during the presidential elections. Now workers are asking what they can do to oppose what has happened and take matters into their own hands.

Matt Loeb, in a stifling statement of hypocrisy, said last week: â€œThe vigorous debate, high turnout and close elections indicate[s] we have an unprecedented opportunity to create a movement to educate members on our collective bargaining process and foster greater participation in our union over the long term. Loeb seeks to channel grassroots opposition into the deadlock of the union bureaucracy.

The reality is that Loeb and others did everything they could to make sure the bargaining process was not in the hands of the rank and file. Whether it is conducting negotiations behind closed doors, removing critical posts from social media pages, preventing workers in all locals from holding opposition meetings, refusing to ‘Calling a strike or interrupting critics at public meetings, the leadership acted in the most dictatorial way to impose this contract on membership.

Workers who spoke to World Socialist Website since the contract was ratified, expressed anger at the results, but also concerns that the vote may have been tampered with.

He continued, â€œ700 was the ONLY guild to reject the deal in 2017, and this year they voted to ratify it? It is extremely fishy, â€‹â€‹because [Local] 600 filmmakers voted no this year. He explained that the main opposition in his local was that ongoing contributions had not “been fully reflected in this agreement”.

Another Local 728 film worker told the WSWS: â€œAll I can say is that we overwhelmingly voted no to this deal. Management was pushing to ratify without members even considering the terms. The popular vote was NO, but the electoral vote [was] Yes. â€¦ It was a shit business.

Similar sentiments could be found on social media following the ratification. On Reddit, a worker wrote: â€œWe’re all mad at this ridiculous [c]harassing the leadership of IATSE made this contract and our votes. “

The Democratic Party’s left orbit has expressed fear that this workers’ outrage could turn into a rebellion the union cannot control.

Jacobin, a magazine of the pseudo-left Democratic Socialists of America, refusing to recognize the contract as a betrayal or betrayal of the workers, said: They remained steadfast, even as their leaders waged a ‘vote yes’ campaign.

This, however, obscures what happened. The IATSE leadership did not simply conduct a â€œcampaignâ€ for the yes. They carried out an operation of lies and threats to pass the contract against the will of the members. Matt Loeb, whose total compensation exceeds $ 400,000 per year, did not function as a leader or representative of film and television workers, but as a director of labor for the association representing producers and studios, the Alliance of Motion Picture and Television Producers (AMPTP).

Jacobin, and other such publications, do not write as representatives of the working class, but for sections of the Democratic Party aligned with the trade union bureaucracy who fear that too blatant disregard for workers’ interests will undermine the IATSE’s ability to enforce such contracts in the future. They seek to channel opposition against IATSE’s collusion with AMTPT in a campaign to reform IATSE, positively citing Cathy Repola, the executive director of Local 700 who in 2018 voted against the contract (but voted yes for this contract).

Film and television workers should take a close look at similar efforts to reform the United Auto Workers (UAW) and the International Brotherhood of Teamsters (IBT). These efforts promoted by Working notes, Jacobin and the Democratic Socialists of America, in cases where they produced a change of leadership, produced only a new layer of corrupt union officials who sold workers as skillfully and ruthlessly as their opposing factions within the bureaucracy they replaced.

It should be remembered, for example, that the late AFL-CIO President Richard Trumka ascended to the head of the United Mine Workers in the 1980s and imposed defeats that essentially destroyed the UMWA as an organization. mass – but still controls $ 164 million. in assets.

In opposition to these efforts, the World Socialist Website calls on film and television workers to create an independent organization of grassroots workers to democratically represent the interests of workers.

Decades ago, as the end of the post-war boom and the growth of globalization undermined their ability to reconcile a nationalist and pro-capitalist perspective with rising workers’ incomes, unions evolved from organizing. from workers to management auxiliaries whose financial and institutional interests are fully integrated with their ability to make as many concessions as possible, within the fictitious framework of â€œcollective bargainingâ€.

Therefore, despite the widely recognized fact that workers are now in the most powerful position they have been in decades, unions have sought to quell, prevent or isolate all major struggles of the working class during of recent months, including John Deere, Kaiser, Volvo, IATSE, Dana and others. In most cases, they have enforced, or seek to enforce, contracts that provide not only for wage increases below the rate of inflation, but even below market rates, as employers have been forced to raise wages. starting wages in an attempt to attract workers during a massive period of nationwide labor shortage.

Workers’ anger and frustration cannot be wasted in fruitless efforts to reform these outdated organizations that have become hostile to their interests. Workers must form grassroots committees to oppose trade union betrayals. Their independence from the corrupt trade union bureaucracy is the first condition through which workers can begin to fight for their own interests.

The World Socialist Website calls on film and television workers to contact us and help create such organizations. We will do everything in our power to help establish these organizations and, most importantly, link them to the burgeoning grassroots rebellion of workers in other industries. It is only through a combined struggle of the working class, independent of the outdated organizations that falsely claim to represent the workers, that the demands of the workers can be met.