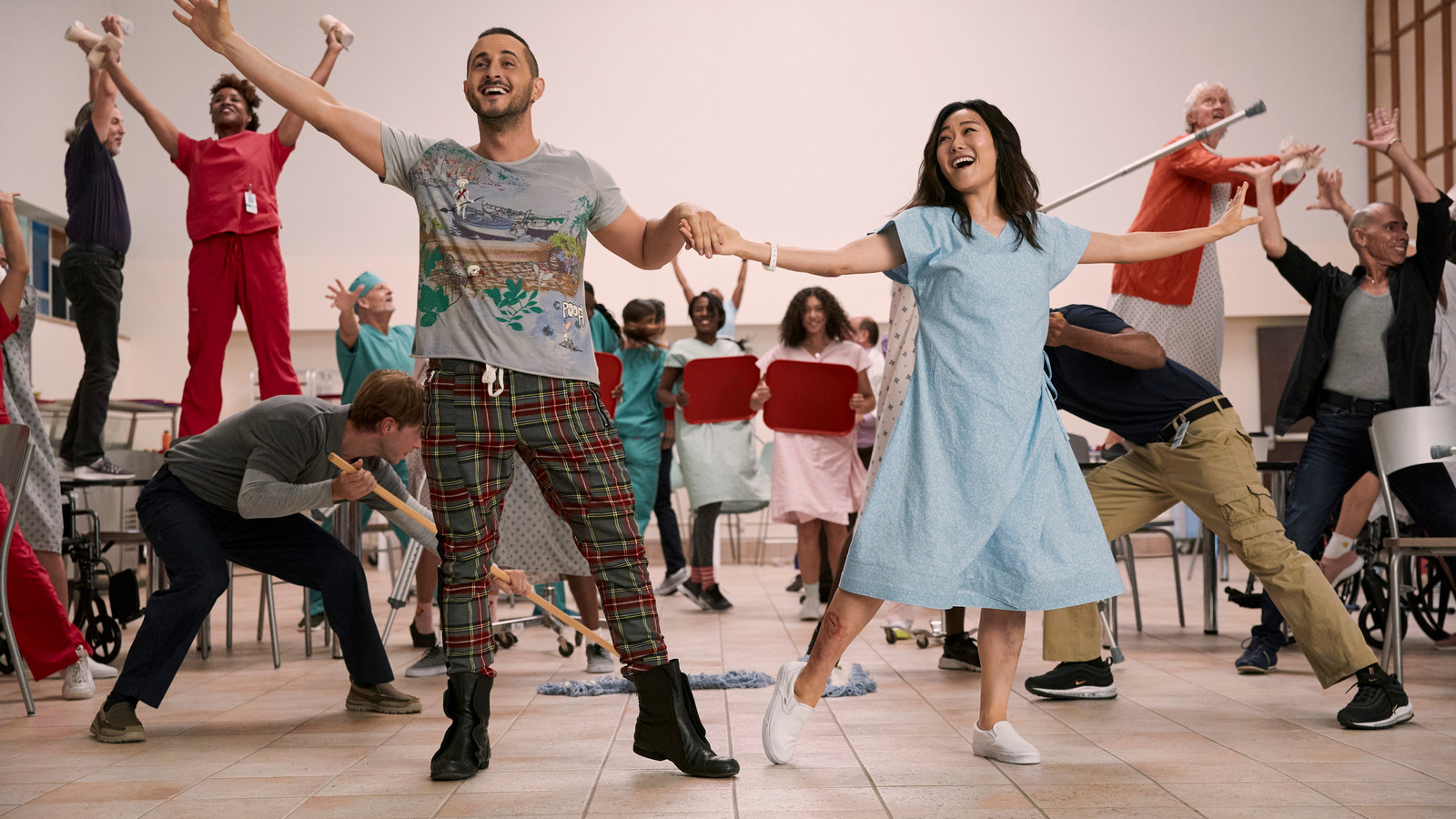 In Episode 4, the Boys clashed with a very lively and still young Soldier Boy, who effortlessly kicked all of their asses, including Kimiko. In a split second, Soldier Boy managed to kill her and strip her of her powers. Even a newly superpowered Hughie couldn’t help the situation.

So when Kimiko wakes up in the hospital in Episode 5 and realizes her powers are gone, she is overjoyed. In the previous episode, she bonded with Ryan, Becca and Homelander’s son, because of their overpowered curse, so it makes sense that she’s happy to get rid of it once and for all.

But that’s not all, since she then decided to embark on song and dance, inspired by Judy Garland singing “I Got Rhythm”.

“We had a lot of fun this season,” Karen Fukuhara told /Film during a press conference shortly before this season’s premiere of the show.

“Frenchie, played by Tomer [Capone], and I had so much fun. It was kind of like summer camp, going to all the dance practices. I felt so bad: he had an elevator in there. [laughs] Especially during the early stages, he was such a gentleman and said, ‘No, it’s okay, I can do it!’ I’m like, ‘I don’t know, I ate a lot, sorry.’ [laughs] But yeah, I would like to say it was a really good bonding experience for both of us.”

The sequence is a Technicolor dream, set entirely in a hospital ward, with nurses and patients following the choreography using everything from x-ray photos and crutches to a defibrillator as props. It’s a rare moment of joy in a show as dark and brutal as this. Unfortunately, much like the excellent karaoke sequence in “Doom Patrol,” this dance number was just a dream. Still, free from the powers and the pain they cause, perhaps Kimiko will finally find some kind of happiness. Again, it’s “The Boys”.

The first five episodes of “The Boys” Season 3 are streaming on Prime Video, with new episodes coming every Friday.

Things to do this week in Philadelphia: Tribute to Jerry Garcia, Alicia Keys