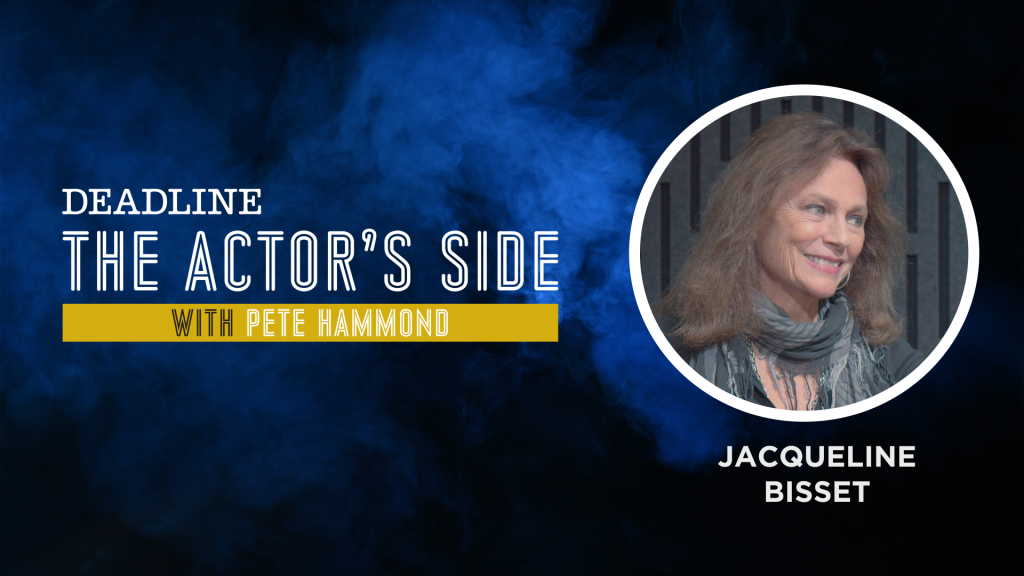 The fun thing about this job and doing this particular series that we call The actor’s sideit’s that every once in a while the opportunity arises to be able to have a conversation with someone who I think is truly a legend in the movie industry, however you might want to define the term.

So when I called Jacqueline Bisset word at the start of our interview for my Deadline video series, she balked a bit, knowing that she herself has worked with a lot of legends, and doesn’t really fit into that category. But in a career that now spans nearly 60 years, Bisset is definitely a survivor, and will even admit to being called an “icon” by some. Whichever categorization you want, Jacqueline Bisset is a star, and a truly awesome actress who keeps working and deserves to keep finding roles worthy of her talent.

I tell her that she practically started her film career in a film that I still consider my favorite of all time, the one from 1967. Two for the road in which she plays a small role in Stanley Donen’s film starring Audrey Hepburn and Albert Finney.

Later in her career, she would star alongside Finney in another classic, John Huston’s under the volcano, and here she tells great stories about her work with Huston (whom she calls a “dangerous man”), not only about that, but also opposite Paul Newman in The Life and Times of Judge Roy Bean. Too quickly we approach his work in forever movies like Bullit with Steve McQueen and François Truffaut’s Oscar day for night, a film which she says gave her new credibility in the industry. She also talks about doing the abyssa cinematic experience she loved until the studio primarily marketed it with her in a wet T-shirt which she felt exploited her.

Dean Martin, Frank Sinatra, Anthony Quinn, William Holden, Marcello Mastroianni, Jean Paul Belmondo, Nick Nolte, so many others she has also worked with, even Sir Laurence Olivier in Inchon, though she notes that they didn’t have any scenes together, but rather had a very memorable dinner on location. And speaking of memorable dinner parties, there’s one that’s the focus of his new film, Loren & Rose, which revolves around a famous actress who has seen better days by meeting a very young director for the lead role in her new film. Playing Rose in this independently directed film by Russell Brown Bisset received one of the best roles of her career and she delivers a terrific performance.

We talk about it and more, including the night she won a Golden Globe for the 2013 TV movie, Dancing on the edge, and was so shocked that it became one of the most unforgettable moments of any awards show. Maybe Loren & Rose will offer him a new opportunity to have a remarkable career recognized. To watch our conversation, just click the link above.

Join me every Wednesday during Oscar season for another episode of The side of the actor.