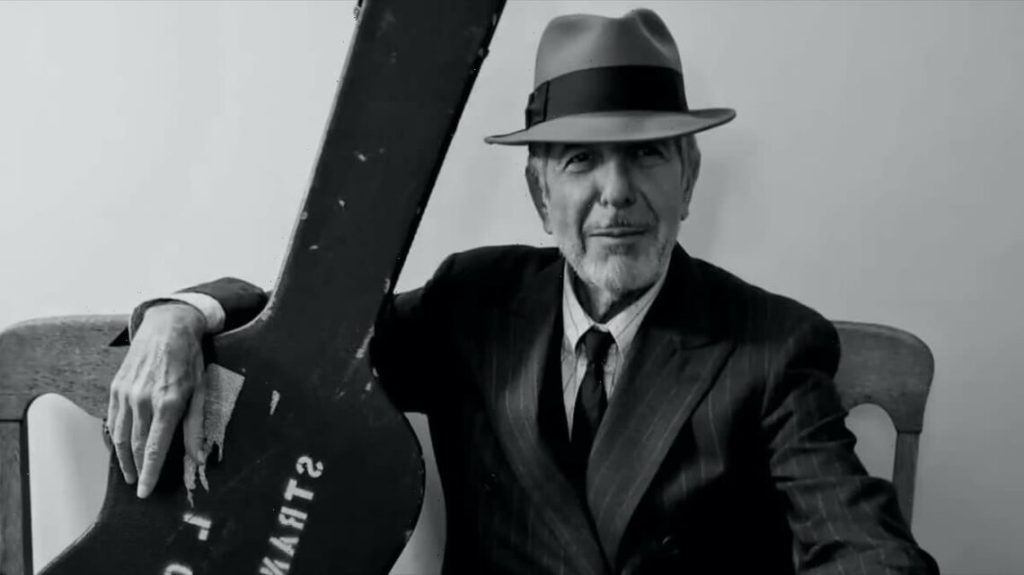 â€œHallelujah: Leonard Cohen, a Journey, a Songâ€ is a documentary on Leonard Cohen’s song â€œHallelujah,â€ and if that sounds like a lot of movie to dedicate to a song – well, â€œHallelujahâ€ is a lot of songs. The way we think of it now, it’s epic and charming and trance-like: an anthem voiced in a pop idiom. You might call it a secular society hymn of well-being, because the word “hallelujah” has obvious religious connotations, and that is part of the reason people feel so good listening to “Hallelujah” or listening to “Hallelujah”. singing with him in oversized stages is what the song says to its audience: if you find it beautiful (and really, who doesn’t?), then you are a spiritual person.

The documentary, which was directed, written, photographed and co-edited by the crew of Daniel Geller and Dayna Goldfine, is also a portrayal of Leonard Cohen, who over a half-century career (he is died in 2016) was perhaps the ultimate idiosyncratic pop-star-who-wasn’t-really-a-pop-star-except-he-was. Coming from a wealthy Jewish family in a suburb of Montreal, he began as a poet and will remain so. Yet when he started putting his words to music, he made them sing with more random magic than Bob Dylan. Cohen’s voice was a deep drone, foreign to any type of vibrato, direct and quiet; he seemed to scrape the ocean floor and get to the heart of things. Songs like “Suzanne” and “Sisters of Mercy” cast a gravely melodic and radiant spell, and Cohen himself was sexy in the delighted Canadian way of Pacino-meets-Serge Gainsbourg – a clean troubadour, a teacher of lyrical enchantment. .

When he started working on “Hallelujah” he continued to write verses, filling notebooks with maybe 180 of them, and the song literally took years to complete. Cohen didn’t do that with other songs. It’s as if he knows that with “Hallelujah” he is not only writing a song but making it come to life. Yet part of the chemistry of “Hallelujah” is that over time, the song it became is not the one it began with. The song took a trip – change, to become, acquiring layers of soul and enchantment. And I am far from being the only one to have experienced this development in a strange reverse order.

To state the obvious: a lot of people have come to know “Hallelujah” from “Shrek”, the animated DreamWorks fairy tale of 2001 where it was used to give a surprisingly nostalgic and melancholy dimension to the story of Shrek. ‘a cantankerous green ogre. (In the film, “Hallelujah” expresses the thaw of his heart.) The version of the song heard in “Shrek” is by John Cale, the former member of the Velvet Underground (although the soundtrack version, for synergistic business reasons, either by Rufus Wainwright, who directly emulated Cale’s version). A Cale rendition of the song had appeared on his 1992 live solo album “Fragments of a Rainy Season” (one of my favorite records), but even though Cale performed it live in front of a spellbound audience, he remained, in the wider world, a well-kept secret.

Then Jeff Buckley grabbed it. He started playing it at SinÃ©, the East Village cave cafe that Buckley, accompanying himself on a Fender Telecaster, transformed into a cozy cult spot. His version of the song was even slower and more dreamy: a meditation that let Buckley’s voice soar into the skies. Buckley died in 1997, the victim of a tragic drowning accident, and it is the documentary’s claim – presented not imperceptibly but simply as what happened – that his death played a key role in the elevation of “Hallelujah”. Buckley, who had the appearance of indie-rock Jim Morrison and the voice of a trembling angel, was on the verge of becoming a big star, and in part because so many of his fellow musicians revered him, new attention was granted to “Hallelujah.” It began to be covered almost as a tribute to Buckley, and the song has now taken on the quality of an anthem. Which may have led to its use in “Shrek”.

But what about, you know, the original Leonard Cohen version? The film captures how it transpired over the lyrics, with their rhythm and their mystery like a waltz (“I heard there was a secret chord, / That David played and it pleased the Lord, / But you don’t really care about the music, do you? “). He also recounts how, after a long break with songwriter and producer John Lissauer (the two were writing an album together when Cohen took off on a whim and ghosted her for eight years), Cohen went on to go on to reunited with Lissauer to record “Various Positions”, the 1984 album with “Hallelujah” on it.

In the 2000s, after “Hallelujah” had become a thing, I was someone who owned a handful of Leonard Cohen albums, two of which I considered soundtracks: his first, the great “Songs of Leonard Cohen “(1967), which was used with quiet majesty in Robert Altman’s” McCabe and Mrs. Miller “and” The Future “(1992), several of which carved a majestic layer of gravitas pop in” Natural Born Killers â€by Oliver Stone. Yet I had never encountered “Various Positions”, so I got a copy of it, eager to hear the version of “Hallelujah” performed by Cohen, the man who wrote it.

It was one of the biggest disappointments of all time.

John Lissauer is interviewed in the documentary, and he sounds like a good guy, but I’m sorry, his arrangement and production of “Hallelujah” is ambiguous and lacking in lyrics. You can listen to it countless times and it never acquires the magic we associate with song. When Columbia boss Walter Yetnikoff first heard the album, he hated it so much that he refused to release it in the United States. It became an infamous decision, and the movie tells a legendary anecdote in which Yetnikoff told Cohen: Leonard, we know you’re awesome. But we don’t know if you’re good at it. Yet although the album should have been released, there was an instinct in Yetnikoff’s judgment. “Various Positions”, unlike Cohen’s best work, had no match for its vision. It was truly John Cale who co-created the “Hallelujah” we know, using simple rolling piano chords and plaintive voices to invest it with a mystical shimmer.

In “Hallelujah: Leonard Cohen, a Journey, a Song” we hear a lot of good anecdotes from Leonard Cohen, like the one about how he was forced to change his last name, and almost did (to Leonard September ), but realized: Why should he be someone other than himself? While composing those endless words of “Hallelujah”, he found himself in his underwear in a “lousy hotel room” at the Mayflower, slamming his head on the floor and saying, “I can’t take it anymore.” The creation of “Death of a Ladies Man”, the 1977 album Cohen made with Phil Spector, becomes a fascinating lesson in how anything that shouldn’t go wrong can do it. And there are vivid observations of world-class storyteller Larry “Ratso” Sloman, who first met Cohen when he featured him for Rolling Stone, and Judy Collins, who got to know him early on (in a 1966 music video, we hear her play “Suzanne”, and it’s beautiful). The documentary follows Cohen on his hazardous odyssey of a lifetime – the stories of women, how he lost his money, the years he spent living in a Buddhist monastery, and his return as a grizzled legend in a fedora, performing in front of a larger audience than he had ever had.

By the end of his life, the song â€œHallelujahâ€ had become such a sensation that a tiny part of you almost wish it hadn’t. Yet there is a glory to this tale. For years Leonard Cohen worked like a monk on a modern hymn, which was released in complete darkness, then became a very different song – becoming, perhaps, the song it always was. . â€œHallelujah: Leonard Cohen, a Journeyâ€¦â€, which premiered last month at the Venice Film Festival, is still looking for a distributor, and he deserves one. There is quite an audience for such a rich musical doc (although it could use a catchier title), an audience for how a silent artist, without having planned it, created a song heard in the song. whole world.