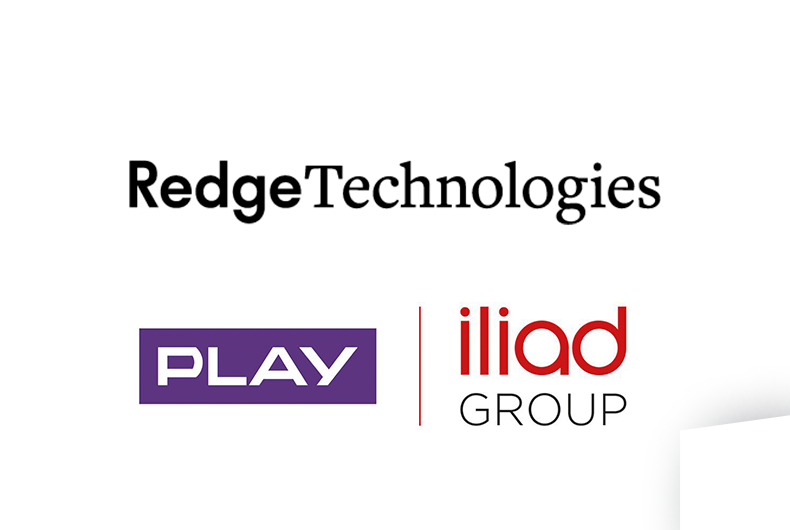 The Play group (belonging to the iliad group) acquired 92.5% of the shares of Redge Technologies. The remaining 7.5% of the share capital remains in the hands of Przemysław Frasunek, CEO and co-founder of the company.

Redge Technologies is the leader in OTT and edge computing technologies in Central Europe. Its flagship technology, Redge Media, is an OTT platform available in PaaS and On-Prem models. This advanced solution includes a service delivery platform and a video delivery platform with its key component, the content delivery network, designed and developed in the proprietary edge computing architecture. Redge Technologies has also developed its Redge Guardian solution – the advanced software for deep packet inspection and multi-terabit DDoS attack mitigation. Redge counts Play (belonging to the iliad group), TVN of the Warner Bros Discovery group, the TV3 Baltics group, Telewizja Polska, Ringier Axel Springer Polska, Vectra, Canal+ and NASK among its clients. Redge Technologies was founded in 2007 within the Atende SA group and has been an integral part of the development of streaming in Central Europe. In 2020, the company became an independent entity following a management buyout, assisted by Custodia Capital led by Wojciech Domański and Tomasz Potapczuk. In 2021, Redge Technologies achieved a turnover of more than 7.5 million euros.

Following the acquisition by Play, the management team will remain intact. Redge Technologies has operated as a separate entity and will continue its product, sales and marketing strategies, both domestically and internationally. At the same time, the company will expand its cooperation with the Play Group – building on a synergistic relationship dating back to 2009 – to include, among other things, the development of the PlayNOW platform.

“Joining the Play Group opens a new chapter in the company’s history and fits into our telecommunications DNA. For 15 years, we have been supporting telecom operators and broadcasters in their OTT services. The technology we developed has become the basis for several major deployments in the region. The cooperation with Play will – above all – produce synergies in telecommunications and a great chance to further develop our CDN, but also other edge computing-based services. We want to continue setting industry trends and standards,” said Przemysław Frasunek.

“The Play Group has acquired the most valuable video technology asset in Central Europe. Following the split of the Atende group, Redge has undergone a profound transformation: the company has focused on its unique and most valuable video streaming technology, strengthened its operational resources and accelerated its investments in its technological assets. As Custodia Capital, we are pleased to have been able to support Redge’s management team – Przemek, Jan and Tomek – in such dynamic growth, and that the company is now part of the global capital group. , which is uniquely positioned to accelerate Redge’s growth,” said Tomasz Potapczuk, co-founder of Custodia Capital and vice chairman of the former Redge Technologies Supervisory Board.

The Play Group was advised by Rymarz Zdort and Grant Thornton. The sellers were advised by Rothschild & Co with legal advice provided by Dentons Poland.

Amsterdam Trailer Has Almost Every Hollywood Actor Ever (Video)