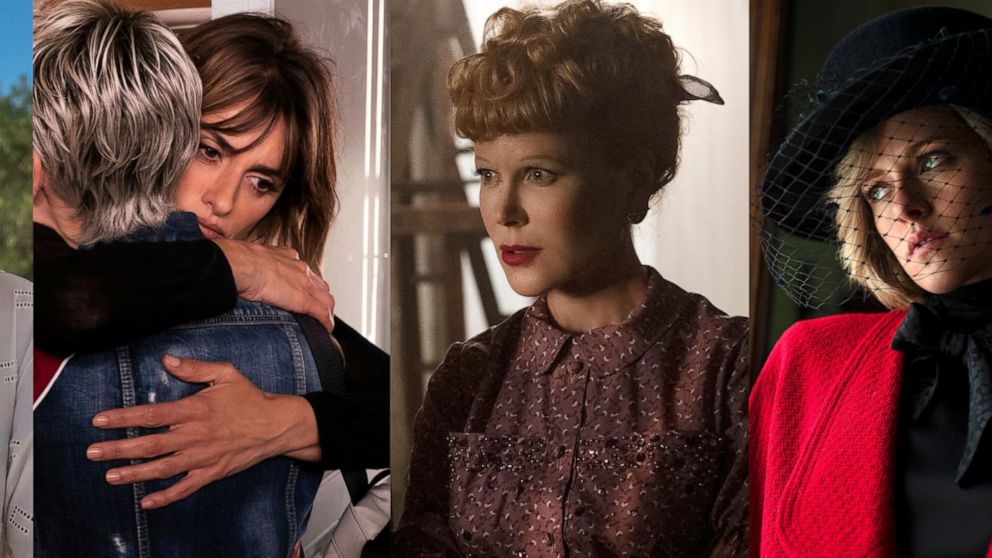 Oscar predictions: Will ‘Power of the Dog’ reign supreme?

Ahead of the 94th Academy Awards this week, Associated Press screenwriters Lindsey Bahr and Jake Coyle share their predictions for an ceremony with a lot still up in the air.

BAHR: At this point, it really feels like the award will go to “The Power of the Dog.” It’s paradoxically both a safe bet and a game-changer in that it would be a first best picture for Netflix after years of trying. Jane Campion’s last major shot at acting (and director) was with “The Piano,” but in 1994 it stood virtually no chance against “Schindler’s List.” This time, it’s his film that has a head start on the Spielberg. And yet, it’s possible that “CODA” could “Little Miss Sunshine”/”Green Book” sneak in as a feel-good alternative (which was what “Belfast” was supposed to be), which was made even stronger after winning the highest honor at the Producers Guild over the weekend.

COYLE: I’m calling the upset “CODA”. Smart money is on Campion’s film. But “CODA”‘s win at the Screen Actors Guild – where “The Power of the Dog” wasn’t nominated for best ensemble – suggests a strong passion for the film, and perhaps an edge that will please the audience. crowd on the academy’s preferential ballot. Either film, however, will symbolize the rise of streaming in Hollywood. This would hand a streaming service – Netflix or Apple – Hollywood’s most prestigious honor for the first time. Maybe it’s a big deal, maybe it’s a belated confirmation of what everyone’s known for a while.

COYLE: It was the cruelest category, destroying most expectations and very sensational performances. Lady Gaga, Caitríona Balfe, Jennifer Hudson and my favorite performance of the year – Renate Reinsve (“The worst person in the world”) – are just some of the masses among the snubbers. Yet, surprisingly, one Oscar-baiting performance from a movie released earlier this season — Jessica Chastain as televangelist Tammy Faye — rose to front-runner status after winning the SAG Awards. Maybe that’s partly because three-time nominated but never-winner Chastain is one of Hollywood’s finest actors and now is the time to honor her, for a movie she brought into being. I think she’ll win, but Olivia Colman — usually brilliant in “The Lost Daughter” — might sneak in for her second Oscar.

BAHR: Chastain should have already won multiple Oscars by this point, and not necessarily even the ones she got nominations for (“The Help” and “Zero Dark Thirty”). As unlikely as that is for a movie that has some big issues, including the way it overlooks Tammy Faye’s complicity in the scam, the tide has turned in its favor and it will likely get its win. Still, I still think there’s a small possibility that it will come down to Kristen Stewart, who’s been on a roller coaster ride after starting the season at the top.

The nominees: Javier Bardem, “Being the Ricardos”; Benedict Cumberbatch, “The Power of the Dog”; Andrew Garfield, “tick, tick… Boom! » ; Denzel Washington, “The Tragedy of Macbeth”; Will Smith, “King Richard.

BAHR: It’s always a bit snooze when categories are locked for months, but it would be a big surprise if Will Smith didn’t get his first Oscar win for ‘King Richard.’ After a period of interviews eventually given to TMI, Smith retreated from the spotlight, let the race go and still emerged triumphant. Not only did he give a tremendous performance in the film, but his SAG speech, in which he was funny, humble and gracious to his co-star Aunjanue Ellis and subjects Venus and Serena Williams, was also a helpful reminder of the power of his star charisma. It’s such a safe and respectable lot, though. It might have been fun to add some Simon Rex (for “Red Rocket”) mayhem into the mix.

COYLE: Smith will share his path to the Oscar too much, a deserved win for one of cinema’s most incredibly charming stars. Smith might have already won Best Actor (for “Ali”) if not for Denzel’s titanic performance that year in “Training Day.” This time it’s Smith’s turn. If I could add anyone here, it would be Adam Driver in “Annette.” If he can’t have best actor, then surely he should take home the award for most devastating and engaging singing performance opposite a baby puppet. Wait, I’m told that’s not an Oscar category.

COYLE: Thanks to his standout, groundbreaking performance in “West Side Story,” DeBose has locked down that category all season, and it’s hard not to be moved by the historical symmetry. Sixty years ago, Rita Moreno won for the same role, Anita, in “West Side Story” in 1961, making her the first Latina to win an Oscar. We’ll have to see if DeBose is as brief as Moreno accepted his award. (Her all-out talk: “I can’t believe it! Good God! I’ll leave you with this.”) Still, it was a crime to overlook Kathryn Hunter’s multiplying witches in “Macbeth.” What is bad is not always right.

BAHR: I was ready for Kirsten Dunst to finally get on that podium, but Kiki’s Shrimp will have to wait. At least she broke the seal and got a nomination. And DeBose should definitely be ready with a killer speech. Do you think she’ll date Moreno? Maybe she’ll don the black and gold dress that Moreno wore in 1962 and was repeated in 2018.

BAHR: Among the mostly first-time nominees (except for JK Simmons, who previously won for “Whiplash”), “CODA”’s Troy Kotsur has gone from breakthrough to favorite in the past two months, winner at SAG, BAFTA and Critics Choice and likely to continue that streak come Oscar Sunday. Support for Kotsur and “CODA” has only grown more enthusiastic recently and this would be a historic victory. The 53-year-old is the first deaf man to be nominated for an acting award. I also would have liked to have seen Colman Domingo receive more widespread praise for “Zola” or Mike Faist for “West Side Story”.

COYLE: It’s a very nice group of performers but Kotsur has this one in the bag. I think this will be one of the highlights of the night, not just because of the historic nature of Kotsur’s win, but because it’s just a reward for an actor who has worked and thrived on stage for so long. from Los Angeles. Hinds was, however, fabulous in ‘Belfast’ and the unnamed Richard Jenkins in ‘The Humans’ was also about as good as it gets.

COYLE: Campion has long been the favorite. For the pioneering filmmaker, who almost three decades ago only became the second woman nominated in this category, it is a long crowning achievement. Campion, the first woman to be nominated twice for Best Director, will win, and her cinematographer, Ari Wegner, will become the first woman to win the award – a triumph that should have happened a long time ago for women. behind the camera.

BAHR: Yes, but will she thank Sam Elliott?

The nominees: “Ascension”; “Attica”; “To run away”; “Summer of the Soul (or, When the Revolution Couldn’t Be Televised)”; “Writing with fire.”

BAHR: While Questlove is highly regarded by the Academy and his BAFTA-winning documentary ‘Summer of Soul’ would be more than deserving, ‘Flee’ probably has the edge here as he was also nominated in the Animated Feature Films category. Additionally, while “Attica” director Stanley Nelson won the Directors Guild award, that group is smaller than the Academy’s electorate.

COYLE: To quote the Roots, Questlove’s Oscar has to “be, has to be reality.” Don’t get me wrong, “Flee” is a singularly exquisite film, and it could indeed be close. But “Summer of Soul” might be the most universally adored movie of the year. His uncovering of a lost black history and his celebration of live performance was so deeply fitting for 2021. I can’t see him not winning.

The nominees: “Drive My Car”, Japan; “Flee”, Denmark; “The Hand of God”, Italy; “Lunana: a yak in the classroom”, Bhutan; “The worst person in the world”, Norway.

COYLE: Ryūsuke Hamaguchi’s “Drive My Car” is a not crazy best picture underdog, making it a heavyweight in this category. There’s fierce competition here, especially from Joachim Trier’s very beautiful ‘The Worst Person in the World’. But Hamaguchi’s three-hour masterpiece — a deep film about art and dialogue as a means of human connection — stands to win.

BAHR: “Drive My Car” definitely has the edge. The picture and director nominations probably helped convince a few other voting members to give it a shot as well. It’s hard not to wonder how far he might have gone had he had the awards campaign budgets of some of his top image brethren.

The nominees: “Encanto”; “To run away”; “Luca”; “The Mitchells vs. the Machines”; “Raya and the Last Dragon.

BAHR: “Encanto” is definitely the juggernaut in this category, with Disney’s triple threat Lin-Manuel Miranda and a massive hit that we won’t talk about here (no, no, no). And under normal circumstances, it would be the easy favorite, but Disney hasn’t had a good few weeks not to mention the studio has three nominations in the category that could split the votes. Plus, there’s huge industry goodwill for “The Mitchells vs the Machines” and it won the Annie Award, which is why I think there may be (good) shake-up in store.

COYLE: I think “The Mitchells vs the Machines” succeeds. “Encanto” may be the favorite, but it’s a funny kind of juggernaut. Disney’s release didn’t make a huge impression in theaters, but once it was streamed, its songs caused quite a stir. Some voters may think “Encanto” is great for music, while “The Mitchells vs the Machines” is the best movie overall. I think so, anyway. So come on, academy. Do it for Monchi the pug.

For more on this year’s Oscars, go to: https://apnews.com/hub/academy-awards