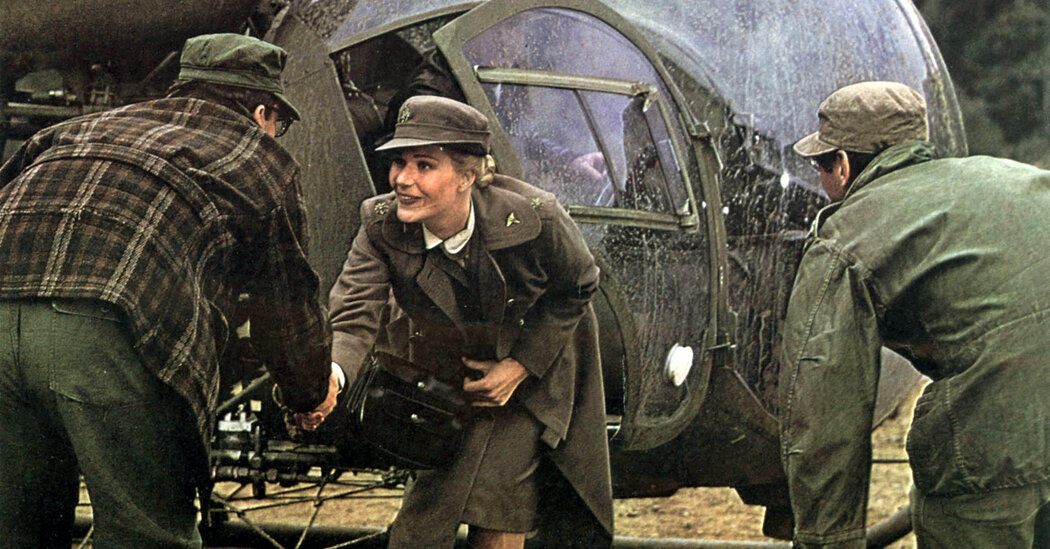 Sally Kellerman, the svelte-voiced, sultry-voiced actress and singer whose portrayal of Major Margaret (Hot Lips) Houlihan in the 1970 black comedy “MASH” earned her an Oscar nomination, died Thursday at a residence- services in Los Angeles. She was 84 years old.

His son, Jack Krane, said the cause was heart failure.

During her decades-long career in film and television, she was best known for her role as the narrow but attractive army nurse in “MASH,” which also earned Ms. Kellerman rave reviews and a Golden Globe Award.

The film, directed by Robert Altman, broke new ground with its irreverence and graphic depiction of a group of passionate surgeons struggling to save horribly injured soldiers in an army surgical unit during the Korean War. (When “MASH” was adapted into a television series, the character of Mrs. Kellerman was played by Loretta Swit.)

Ms. Kellerman then appeared in several other films directed by Mr. Altman, including “Brewster McCloud” (1970) and “Welcome to LA” (1976). Like other actors, she was drawn to working with Mr. Altman because of the leeway he allowed in interpreting scripts and improvisational scenes.

After her starring role in ‘MASH’, Ms Kellerman sought to revive her singing career, performing her cabaret number at nightclubs like the Grand Finale in New York.

On the nightclub circuit, her performances garnered mixed reviews. Although she had “an intriguing raspy voice” and “the makings of an effective pop singer”, as the New York Times put it in 1977, she was criticized for some of the same qualities for which she was known. as an actress, like her “airy superficiality.

In an interview with The Times in 1981, Ms Kellerman spoke of the break she had taken to focus on singing, calling it a “great experience” that left her feeling “fresh”.

In Ms. Kellerman’s 2013 memoir, “Read My Lips: Stories of a Hollywood Life”, she described wanting to be a performer from an early age, when she was a “skinny little girl growing up in Granada Hills in the San Fernando Valley.”

“I had to come out of the womb singing and playing,” she wrote.

As a tall, chubby teenager, she harbored dreams of performing on stage that she kept secret until she was a senior in high school, acting in Hollywood High’s production of “Meet Me in St. Louis “.

At 18, then a self-proclaimed “jazz groupie”, she was offered a singing contract with famed jazz label Verve Records, Ms Kellerman told The Times in 1981. He was broken by his debilitating stage fright.

Her acting career began in musical comedy in productions like the Broadway musical “Breakfast at Tiffany’s” (1966).

Besides her son, she is survived by a daughter, Claire Kellerman Krane. Another daughter, Hannah Krane, died in 2016. Ms Kellerman’s husband Jonathan Krane also died in 2016. A previous marriage to Rick Edelstein ended in divorce.