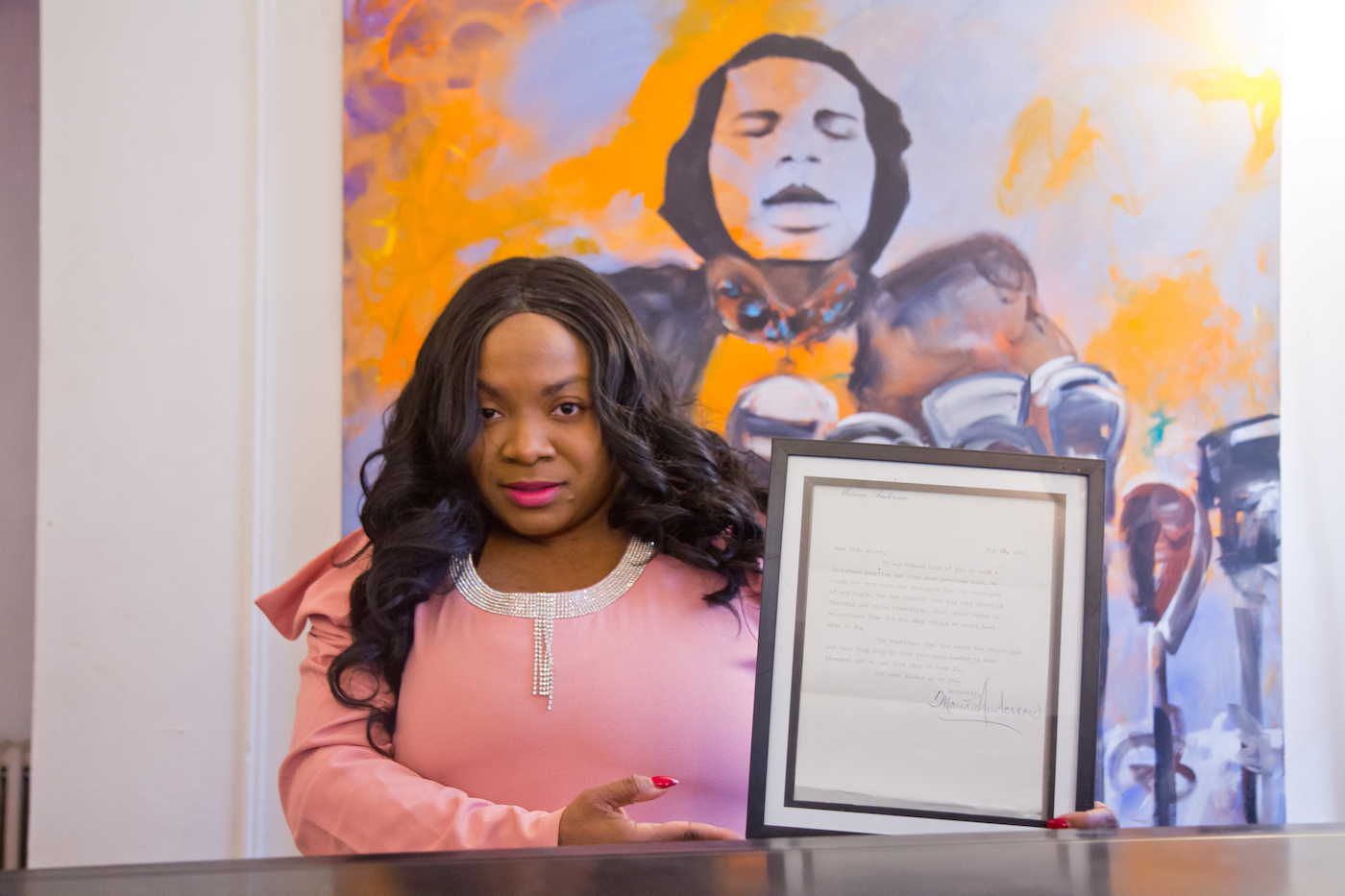 This Sunday, before Valentine’s Day, Pirtle and actor Brian Anthony Wilson (“The Wire”) will perform the love letters exchanged between Anderson and Fisher at the Penn Museum, accompanied by live music.

This letter, in the archives of the Marian Anderson Museum, was written by Anderson to Fisher on Thanksgiving Day 1929.

Before asking how you are, I should scold you for your behavior at our last meeting, and then not have a letter to Sussex City or expect me when I arrive. Do you remember, sir, that you don’t like not to receive letters from me, even if there are telephone wires? And since I’m doing so much better with my letters, is there any reason for you to slow down? And just because you’re a bad boy, mommy spanks you.

With love, as it is today.

Nearly 20 years after that first letter delivered to the Martin Street house in 1924, Anderson and Fisher would marry, in 1943, in a small, somewhat secret ceremony in Connecticut.

“This relationship has had its huge ups and downs at many different times in their lives,” Pirtle said. “But the heart of it all was a loving, lasting relationship. It was a friendship. It was a deeply rooted respect.

The letters not only describe the state of their hearts, but that of the entire world. Anderson and Fisher were deeply engaged in the issues of the day: he as an architect involved in projects, in various capacities, at the Empire State Building, Rockefeller Center, and the campuses of Yale and Princeton; her as a revolutionary artist and black civil rights activist, who became internationally recognized for both her talent and her stance for racial equity.