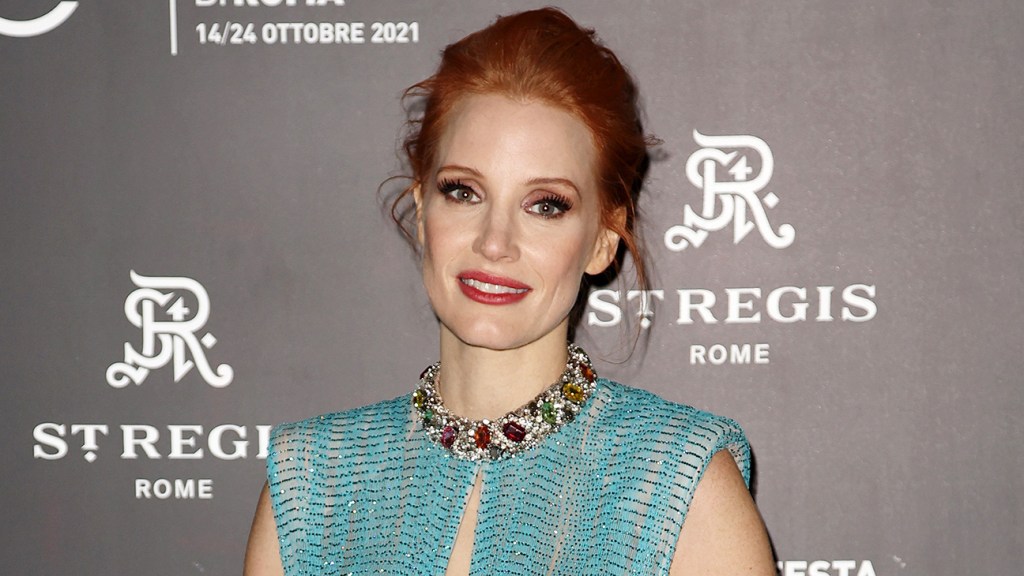 Jessica Chastain has done a number of her own stunts for her upcoming star-studded female-directed action thriller The 355 – but one resulted in a hospital visit.

The actress and producer appeared alongside her co-star PenÃ©lope Cruz on Wednesday night on The late show with James Corden to promote the upcoming spy film and, while she was there, revealed how a stunt during a fight streak had caused her to bang her head on a marble floor.

â€œI fell and hit my head. I misjudged the distance. I heard a crackle, “Chastain reminded a shocked audience before joking,” No, yeah, maybe that’s why I am the way I am today.

The 355 The star said once she fell, “everyone stopped and looked scared” while she herself “was a little stunned”. As she recounted the incident, Chastain said she “didn’t know what was going on” until her stuntman approached her.

â€œShe’s so sweet. She’s French and doesn’t speak much English and she just comes up to me and says, ‘I’m sorry, but I have to put it back on,’ Chastain said. ‘And I’m sitting down. there and I’m like, “Put what back? Is my brain outside my face? What’s going on?”

Chastain added that “I guess it was just a bruise that she was pushing back into my head.”

The actress said that after her stuntman visited, she got up and “did a few more takes because, you know, I don’t give up easily.” After that, she went to the hospital.

Cruz, who, before Chastain began to remember the incident, admitted “that day I was really worried,” said she had to tell her fellow actress to get treatment.

â€œWe had to convince you to go to the hospital because you didn’t want to go,â€ said Cruz.

Chastain also appeared on The Ellen Show earlier today, where she revealed that a stumble during another stunt caused her to make a painful face that ultimately ended up in the film’s final cut. This time, Chastain was walking on a plank after agreeing to make the scene like a path. “They were going to ask the stuntman to do it, and I was like, ‘No, I have to do it! “” she told DeGeneres.

But when she got up there, “we went from where I thought I was going to jump and doubled the height.” While watching the whole crew and watching her, Chastain said she realized that “the only way for me to get off that ledge is to: I jump!”

It was then that the team caught the shot and the star’s pained expression: â€œIt really hurts; this is not playing! she said.