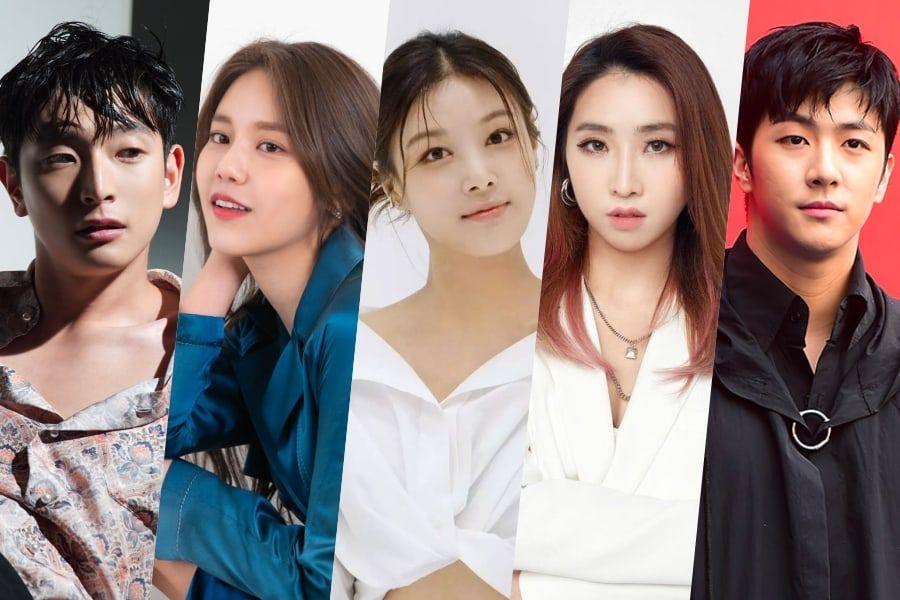 2AM’s Jeong Jinwoon, AOA’s Hyejeong, Yubin, Minzy, and Thunder will be working on a new music movie together!

On February 18, a representative from HL Company revealed, “OTT (over the top) musical film “Lovely Voice: The Beginning” (literal title) is set to premiere this year in May.”

“Lovely Voice: The Beginning” is a romantic music movie that follows the story of part-time teacher Da Jung and Kei, who was once a promising producer but suddenly hits rock bottom as they become responsible a children’s choir and find their passion and love lost along the way. Previously, the film garnered buzz for its open audition, which brought together around 1,000 applicants to compete in fierce competition.

“Lovely Voice: The Beginning” will be directed by director Park Chan Youl and co-produced by HL Company and Cyclub. Filming for the film will begin on February 18 and will premiere in May.

In the meantime, watch Jeong Jinwoon in “Let Me Introduce Her”:

How does this article make you feel?