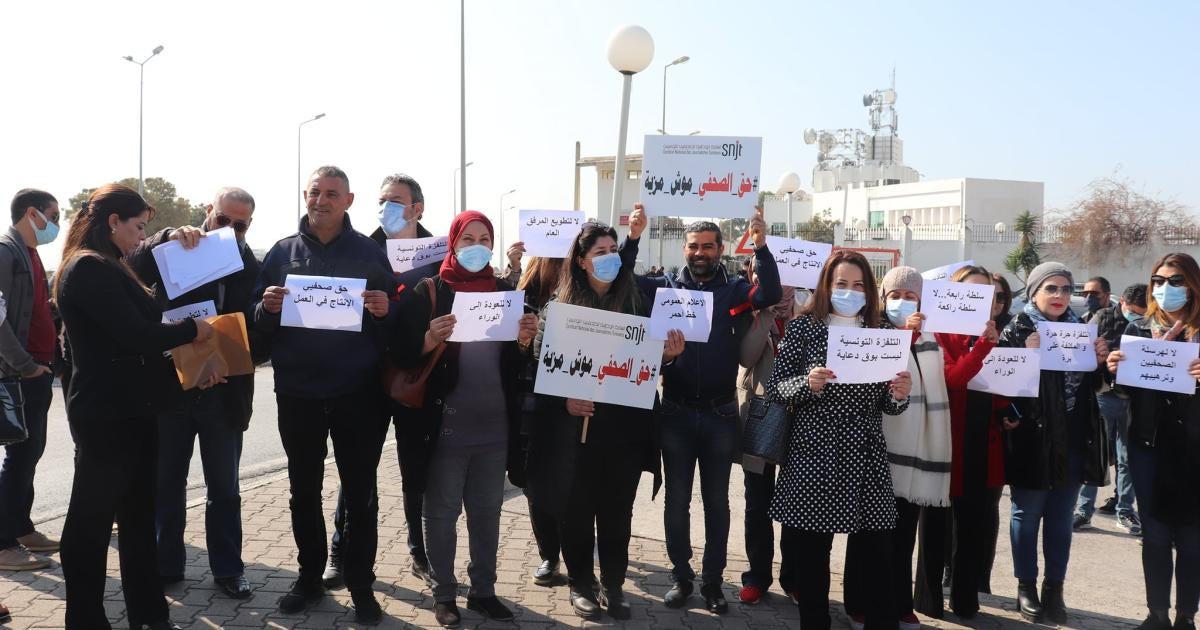 Tunisian President Kais Saied has moved to dismantle institutional checks on his authority since taking power in July, and state television is an obvious target.

Before the 2011 revolution that toppled authoritarian President Zine el-Abidine Ben Ali, state television toyed the government line and shunned guests who strayed from it. Subsequently, the state-run Wataniya broadcast talk shows with a range of politicians and commentators, including Islamists, leftists and human rights activists – people who were previously more likely to to be in prison or in exile than on the air.

On July 25, 2021, Saied suspended parliament, sacked the prime minister, and announced his intention to lead the judiciary. The following day, the police expelled the pan-Arab news channel Al Jazeera from its headquarters in Tunis. On July 28, Saied replaced Wataniya’s manager.

Saied has since suspended much of the post-revolution constitution and dissolved the Supreme Judicial Council, a body meant to protect judicial independence. If he passes a draft decree-law on associations, he will jeopardize the freedom enjoyed by independent groups since 2011.

Meanwhile, Saied’s roadmap for a return to normal governance involves a “national consultation” on the country’s political future, followed by a constitutional referendum and legislative elections in July and December, respectively.

Since August, Wataniya talk shows have excluded almost anyone who openly doubts the president’s path. They did not invite anyone who called his actions a “coup” or who questioned the wisdom of the national consultation that bypassed constitutional institutions in favor of Saied’s favored “direct democracy” style.

Fortunately, Tunisians still hear the opinions of the opposition on public radio and on several private television channels. But on state television, some staffers are angry that one of the revolution’s achievements is eroding. They hold up their institution’s 2012 editorial charter, which states that its mission is to “realize the right of citizens to free and impartial media…regardless of any political or economic pressure…. Independence means the freedom to choose subjects and guests without any outside influence.

On March 11, the National Union of Tunisian Journalists (SNJT) threatened to strike journalists if the state did not respond to their demands to reverse both censorship and deteriorating conditions at Wataniya.

Yassine el-Bahri, a Wataniya cameraman who is also vice-president of SNJT, said: “Our television is supposed to be public, not governmental.

A struggle is underway to preserve this distinction.

Oscar predictions: Will ‘Power of the Dog’ reign supreme?