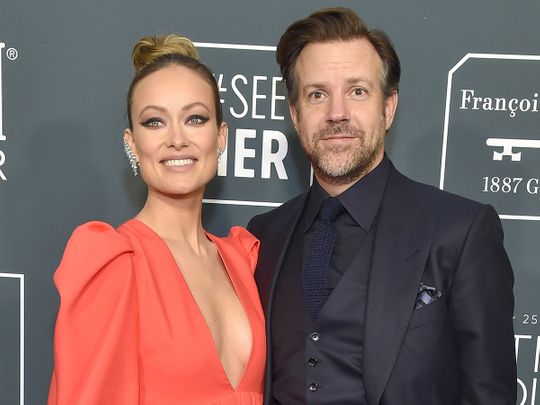 Months after his split from ex-fiancee Olivia Wilde, Jason Sudeikis has finally spoken publicly about the breakup – even though he says he doesn’t quite understand what happened.

“I will understand better why in a year,” the actor said in an interview with GQ. “And even better one in two, and even bigger in five, and it’ll go from being, you know, a book of my life to becoming a chapter to a paragraph to a line to a word to a doodle.” “

Sudeikis, 45, and Wilde, 37, announced the end of their relationship in November 2020 after more than seven years together and having two children, Otis and Daisy.

The ‘Ted Lasso’ star’s interview on GQ was the first time he addressed the breakup, and said it was “an experience to be learned from or to be made excuses for.” You take some responsibility for it, you hold yourself accountable for what you do, but you also strive to get something out of it beyond the obvious.

In January 2021, Wilde made headlines when she was spotted holding Harry Styles’ hand as she attended a wedding together. The former One Direction singer stars in Wilde’s film “Don’t Worry Darling”, in which she starred and directed. They were also seen kissing and lounging together on a boat while on vacation in Italy earlier this month.

Sudeikis, too, appears to be in a budding new relationship. He was seen arm-in-arm with his alleged girlfriend, ‘Ted Lasso’ co-star Keeley Hazell, in New York City in June.