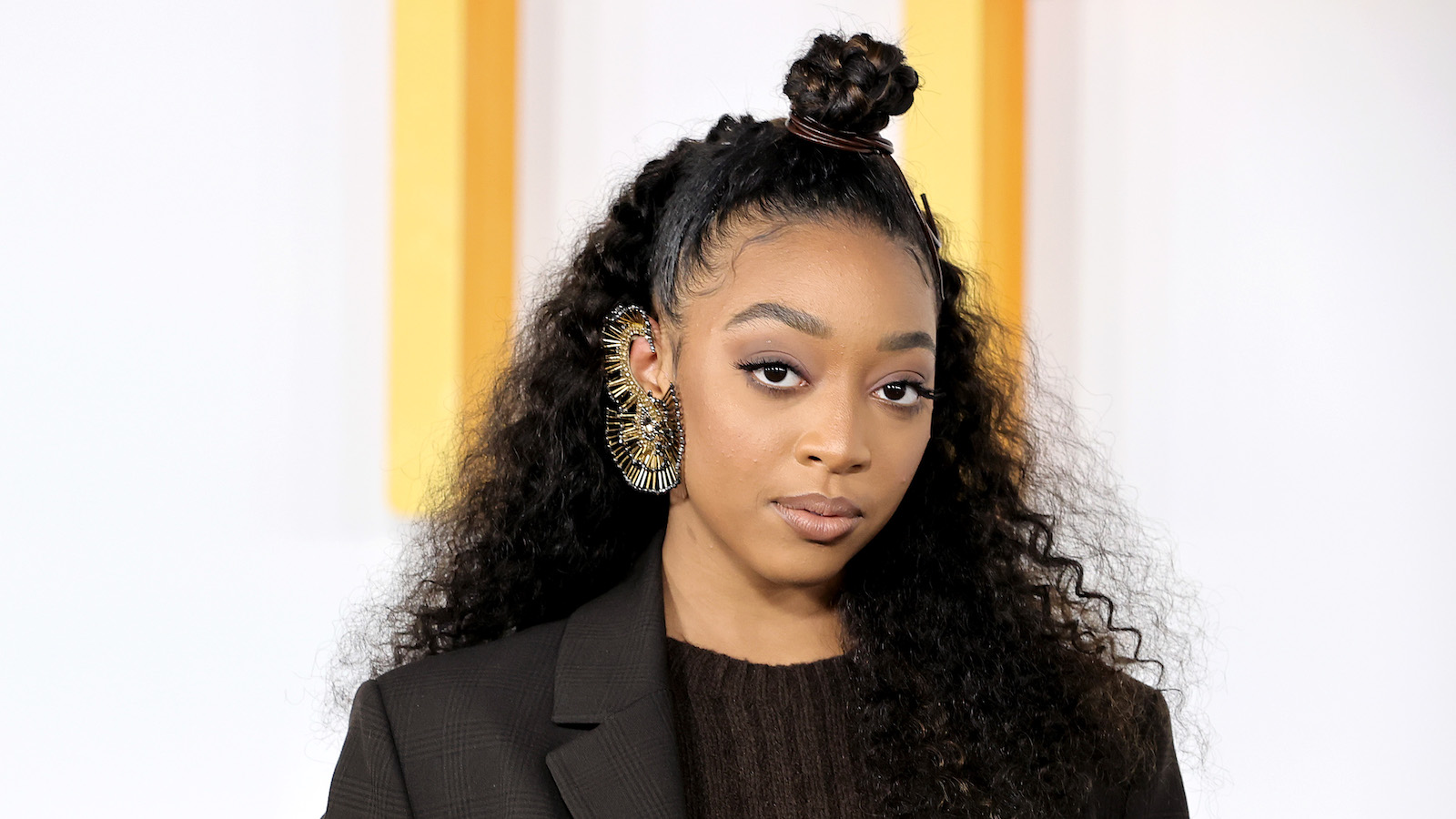 Like It’s us ushers in its emotional storyline in the series’ final chapter, fans grab their biggest boxes of tissues and cling tightly to their favorite characters like Tess Pearson, played by Eris Baker.

We got to chat with Baker about how literally growing up on the show has shaped her, embracing vulnerability, Tess finding her voice and what it’s like to film the final chapter of It’s us.

In the last chapter of It’s usthe Pearsons pull through as Tess’ grandmother, Rebecca (Mandy Moore), suffers from Alzheimer’s, but we’ve yet to see how it affects Tess, which Baker says she’s expecting to find out with the rest of us.

Tess continues to have friction with her mother, Beth Pearson, played by Susan Kelechi Watson. The characters love each other so fiercely but butt heads, like mothers and teenage daughters do, “I love their relationship because it’s honest and real,” Baker says.

In particular, they clash over how Tess is treated differently from her sisters following her exit at the end of season three, which came to a head after Tess began dating non-binary Alex. . Baker says she takes the responsibility of playing a queer character seriously, “I’m only saying it was a challenge because I wanted Tess to be a good role model for others going through the same thing at a young age. Just this pressure that I put on myself.

In addition to It’s usBaker appears in the sweet Netflix series Alexa and Katie and shorts Cherry lemonade and Dispel. Baker is on a journey through entertainment as an actress, but she also hopes to work In the wings, from scriptwriting to production. To say she has big dreams seems like an understatement for the talented young actress.

What’s your favorite thing about bringing Tess to life?
Baker: This is a difficult question. However, I think I just learn to be vulnerable and to communicate. It’s something I struggle with as a person, so seeing Tess continue to open up to her family, especially Beth, has been a lot of fun. Definitely a teachable moment for me.

Do you think the actors and actresses you worked with on the show had an impact on the choices you made even in your personal life?
Baker: Not only did their characters mark me, but the actors have even more. They marked me as an actor and the different choices I want to make in a scene, but even more as a person. How to be kind and patient. How to make people feel welcome in large environments and how to live in the moment.

Tess, Deja and Annie are sort of a “big three” on their own. What’s your favorite part of the bond they share?
Baker: It’s funny because I told them that we should start calling each other the Big P’s (P for Pearson) because the Big 3 is already a thing, but our bond is just as strong. I love the connection they each have, especially in season six. We see them sharing more with each other and just further that on-screen link. I love that they can all go through individual issues but are always there for each other.

Tess’ story was honest, and we saw some really vulnerable moments from you; What has been the most rewarding part of Tess growing up? What was the hardest part of his life to film?
Baker: The most rewarding part of growing up for Tess is finding her confidence in who she is and finding answers to all the questions she needs to ask herself. The most difficult is always the most fun for me. I had to research the beautiful community she is part of. I’m only saying it was a challenge because I wanted Tess to be a good role model for others going through the same thing at a young age. Just this pressure that I put on myself. But it’s been so much fun reading stories, finding out how Tess’ story can be similar but her own, and generally learning with her.

Tess’ relationship with her mother was an eye-opening experience for viewers at home. How do you prepare to tell this story to fans who can come out and “change their expectations” with their own parents?
Baker: Working with Susan has been one of the best experiences I’ve had on the show. I love their relationship because it’s honest and real. A conversation about this topic can go either way with parents. But Tess was so comfortable but somehow terrified of telling her mother how she felt. I think what helped prepare me was honestly reading stories of people who have been through the same things. This fear of being accepted into a household is terrifying because home is the only place people should feel most comfortable. I think that’s what Tess wanted most – not to hide who she is.

As season six progresses, we are all reminded that this is the final chapter. We have been through a lot as a world over the past five years; sit to watch It’s us almost feels like a therapeutic experience for us back home – is the experience similar for the cast and crew behind the scenes?
Baker: I love that it’s therapy for some people! Everyone needs a good show of comfort. The cast and crew, of course, are aware that this is the final chapter, but I think it just makes us want to hold on to those memories more. The amazing thing about TV is that we can easily watch it again anytime and recall those memories that we never wanted to end. Doing this show, I believe, feels like therapy for the cast and crew. Everyone loves what they do and comes to work with a smile on their face. For me, particularly difficult days would come, but knowing that I have work tomorrow makes things 100% better.

What do you hope to see Tess achieve in Season 6? I know we can’t ask for spoilers, but if you could pick a specific part of his storyline to check out, what would it be like?
Baker: Already knowing what Tess will accomplish, I’m thrilled that viewers are seeing the more positive sides of her relationship with Beth and her sisters. She and Randall (Sterling K. Brown) have always been cool. The only thing I hear is “Beth and Tess don’t have a good relationship.” But they do, they’ve just had a few fights and hit some bumps along the way, but that’s with every relationship. These tough times shouldn’t define them, and I’m glad everyone is seeing the good side of it.

Rebecca’s journey with Alzheimer’s disease is something many viewers of the show can relate to. My grandmother lost her life to illness, and these last few years with her reflect a lot of what we’re starting to see with Rebecca. Will we see Tess struggle with Rebecca’s change in personality as the season continues to progress?
Baker: All my condolences. I am so grateful for grandmothers, especially mine, so seeing Rebecca’s story I know will affect many, especially people who share the same story as you. Honestly, I have no idea how she is reacting to her illness this season. However, they shared moments, and I know for a fact that she will be deeply affected. Annie and Deja included. So hopefully we can see Tess’ reaction and how she copes with it.

Tess is a character we love; what do you remember from this experience while playing it? Are there aspects of the character that have shaped your personality?
Baker: I hope to take away allowing me to be vulnerable. My dad always told me that if you keep pooling your emotions, one day you’ll explode. So playing Tess and watching her open up about her deepest topics taught me a lot and helped me be more open to communication. So I’m not going to explode one day, lol.

You can watch the latest chapter of It’s us on NBC Tuesday nights at 9 p.m. EST.

This interview has been condensed and edited for clarity.