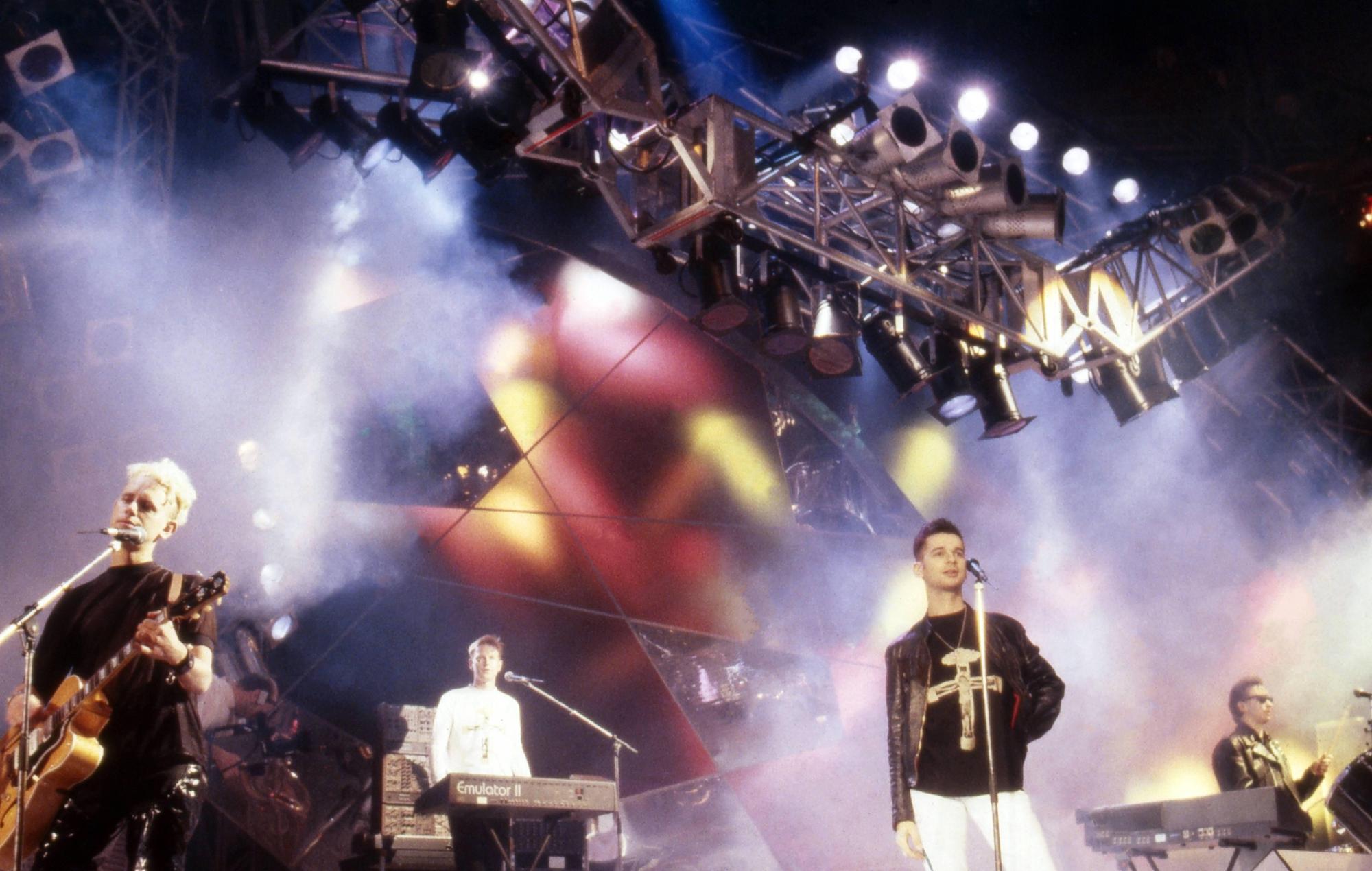 Depeche Mode announced today (September 29) the release of a digitally restored edition of its 1989 concert and documentary film, Dispatch Mode 101.

The group’s film chronicles the 101st and final performance of their “Music For The Masses” world tour, recorded live at the Pasadena Rose Bowl in California on June 18, 1988. Dispatch Mode 101, conducted by DA Pennebaker, Chris Hegedus and David Dawkins, also followed the winners of the contest traveling across the United States to attend the historic Rose Bowl concert.

Now, the HD release will contain previously unreleased footage from the show, including bonus performances of â€œA Question of Lustâ€, â€œSacredâ€ and â€œSomething To Doâ€, as well as the official promotional video for â€œEverything Countsâ€.

It is released on December 3, 2021 (pre-order) as a 5-disc limited edition box set (Blu-ray / 2DVD / 2CD) with additional bonus content. Fans can also purchase it as a standalone Blu-ray.

By press material, additional content in the limited edition Dispatch Mode 101 the set includes: a 48-page behind-the-scenes photo book; a 20 “x 30” replica of the original movie poster released in theaters in the United States; a 16 pages Anton Corbijn Photo mode book as presented in the original version of the album; a double CD of the 20 original tracks 101 going out of concerts; and a download card giving access to 4K downloads of the movie and bonus performances as well as 24-bit audio files from the 101 exit from concerts.

Both DVDs in the set contain the original extras from the 2003 Depeche Mode DVD release – 101, which are exclusive to DVD discs.

Depeche Mode said in a statement: “It’s amazing to be able to see DA Pennebaker’s film and this period of our career presented in this new high definition light.”

Co-director Chris Hegedus added, â€œWe were delighted to partner with Sony Music for the digital restoration of Depeche Mode 101, certainly one of our all-time favorite movies and one of our favorite cinematic experiences. .

The parallel realities of DM 101 following this pioneering British band’s historic tour as they invade America, bringing exciting new sound to the masses, as well as an intimate view of a bus packed with young fans fiery during an unforgettable trip to the Rose Bowl makes this documentary a revolutionary influence on the reality genre. Making this film was a great adventure for both of us (Pennebaker and Hegedus)â€¦. At the end of the tour, we became their biggest fans We are delighted to present this new version to the public.

A musical trilogy is airing on GMA – Manila Bulletin