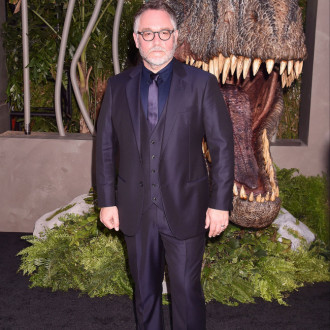 Colin Trevorrow is determined to move away from movie franchises.

The 45-year-old director was involved in all three films of the ‘Jurassic World’ trilogy and was also due to direct a ‘Star Wars’ film before leaving the project and Colin revealed he wanted to tell a story without having to impress a legion of fans.

Discussing his future plans in an interview with Screen Rant, Colin said, “I’ve learned something every day. For me, I’m going to be honest, (it’s) potentially being able to do something that hasn’t a legion of people to whom it is deeply personal.

“Because I’ve been in this space on two different franchises for eight years of my life now, and it seems like even the movies I’ve done that weren’t about either one were still sort of in the shadow of what frankness I was attached.”

Colin added: “(I’m ready) to be able to tell stories in a way that hopefully doesn’t have people’s childhoods in their hands – because I’m one of those people; I understand that. It’s a very tricky thing to work with, the way we felt when we saw a movie like ‘Jurassic Park’ when we were nine years old.”

Trevorrow was speaking as his movie ‘Jurassic World Dominion’ was released on DVD and he explained that the blockbuster’s editing process was sometimes ‘traumatic’.

He said: “It’s a really, really difficult and sometimes traumatic process internally. Because it was my editor and I in the editing room, knowing that we had to streamline this movie to get it through in less than two hours and a half.

“And to do that, it took stepping back and looking at the whole thing from 10,000 feet and just figuring out what we could do.”

In search of Leonardo da Vinci in “Leonardo”

Payday loans versus installment loans: which is better?